Pretty short post, but I figured I would give you some idea about what is to come.

Carnaval doesn’t officially start until Saturday, and yet the whole city is all already gearing up. I had no idea how big Carnaval is until now. I still can’t fully grasp the concept. But the entire country is gearing up to basically shut down completely for five days straight, and in many cases, the parties are already starting. 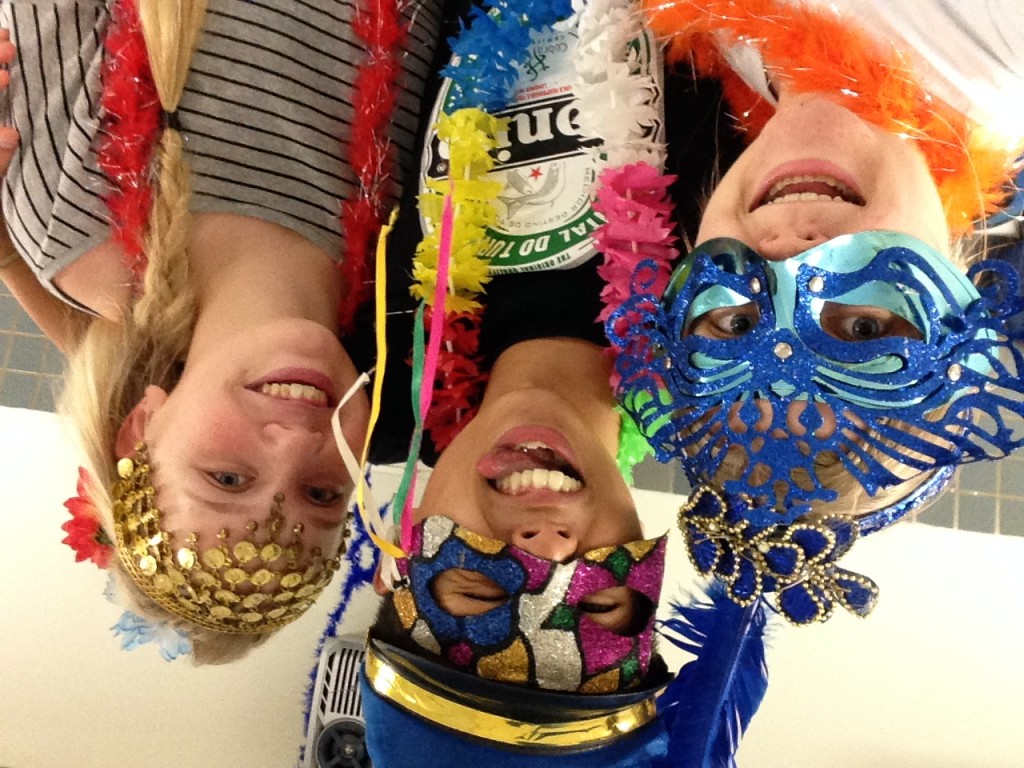 To emphasize just how big Carnaval is, my host mom has so far been unable to grasp the concept that Carnaval doesn’t really exist outside of Brazil. I’m sure different Brazilian communities in other parts of the world throw parties and dance and drink together, but in Brazil the country basically stops so everyone can go party. Schools and businesses are closed. Carnaval lasts from Saturday to Tuesday, but everything is still shut down on Wednesday, because that’s the day that everyone recovers from their hangovers, according to my host mom. I think a country that has an entire day devoted to the recovery of a massive party is a country that has deserved its reputation of being a party country.

Tomorrow, I’m taking a bus around four in the morning to go to Recife, for the Olinda and Galo da Madrugada. This is apparently the biggest Carnaval in the world, which is pretty exciting. I think it will be a day essentially spent in the sun with a lot of dancing. I have no idea what to expect, other than a lot of people and loud music. I’m going with my first host mom Virna, her sister Viveca, Virna’s daughter and her boyfriend Luisa and Joe, Jeanne from France, Jeanne’s first host mom, Veera from Finland, and Chiara from Germany. We are all pretty pumped. We are only spending one day in Recife, and the bus home will get back at some time around midnight or one in the morning.

As for the other days of Carnaval, I’ll be spending them with my second host mom in Natal. There is also a chance we will go to Pipa for at least one day, which is a beach town about two hours or so south of Natal.