I’d like to start out by saying thank you! Your comments and emails mean so much to me! I’m glad you guys are enjoying reading my posts as much as I’m enjoying writing them. This blog has become my journal and I’m writing more than I thought I would be. You guys are the best!

I’ve decided that language is just about the most interesting, complex, crazy, fluid, etc. etc. etc. way of human interaction ever to be. Take this, for example. I haven’t been speaking a lot of English here (or Portuguese really, staying silent is my strong suit) but when I have been I’ve adopted a more English accent than an American one. That’s because all of my exchange friends learned the Queen’s English, being from Europe. It fades whenever I talk to Haven, who is from California, or my parents, or just people from Brazil who are asking me the pronunciation of a certain word for English class or something.

I’ve also decided that knowing Spanish is the best thing that’s ever happened to me when I decided to move to a country in which Portuguese is the official language. I had the very idiotic idea of that “I’ll just pick it up, that’s what I did with Spanish in Mexico,” but then when I moved here I realized that in Colorado, before moving to Mexico, I had actually been exposed to a lot of Spanish and at least knew what the words were for the various tenses. (Ex. I, you, him, etc.) And then I came to Brazil and didn’t know what the words were for I and you and us and realized just how stupid I had been. Now I know these words, because they are very helpful whenever you want to speak any sentence ever.

Anyways, Spanish is so helpful because I understand so much of what I hear. I can’t always form a reply, but I at least understand the question. Many of the words are the same, just pronounced differently, or at the very least, the words are very similar. Of course, there are words that have absolutely no connection to each other, but because the brain is such a lovely thing and should never be underestimated, it just clicks that that word means this. 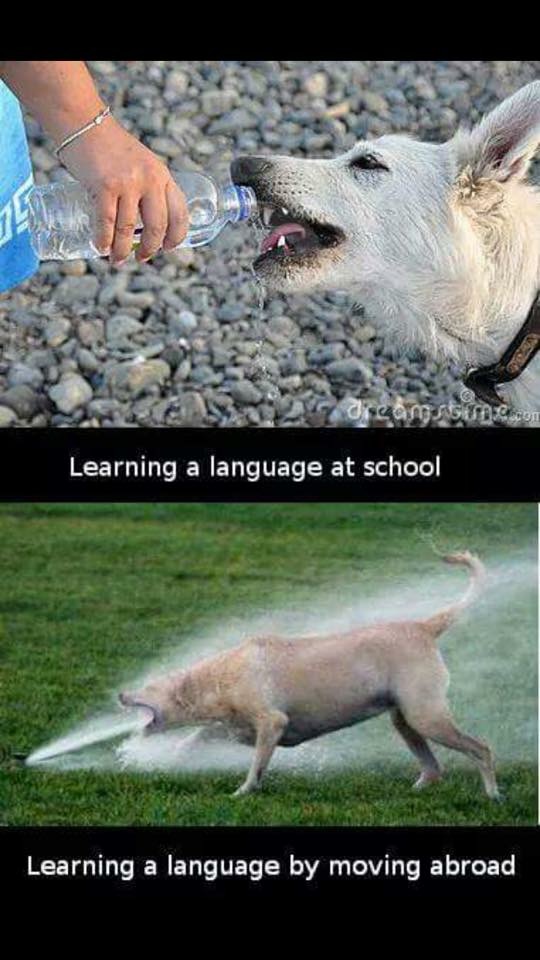 It’s really hard to explain how everything is just starting to fall in place. I can speak in baby sentences and basically only in present tense and I have to stop and ask for words but I am speaking and understanding Portuguese. I hear things, and they just magically make sense.

Spanish is also such a curse since I rely too much on it at times when it can be completely different in every possible way from Portuguese.

Again, not sure how much sense I am making here since you guys aren’t experiencing what I’m hearing. On one hand, I feel like my Spanish has never been as good as it was when I was leaving Mexico, and on the other hand, I feel that if I went to Mexico right now I would start speaking in Portuguese to anyone who talked to me. They are so similar and yet so different that I can’t make sense in my head of what is what anymore. So that’s where I will leave you.