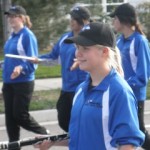 Get that picture into your mind: Smartie Spit. Now think of that spit going through a clarinet. Gross, huh. Don’t stop reading.

I play the clarinet. I’m in my high school’s symphonic band. It’s really fun, because I got first clarinet, and I just love love love music in general. It’s just so much fun. It’s really one of the best part of my days.

A couple of days ago I was low in band. Now that’s just awkward. I mean, try to imagine trying to inhale smarties during the rests (pauses while playing) and then forcing Smartie spit down your instrument. It’s really gross. And I’m not grossed out by many things, but this is just one of them.

And then in many cases your band teacher just gives you this look, that basically says, Why the heck are you eating and playing your instrument at the same time? Irresponsible student.

So you basically hope that you never get low during band. 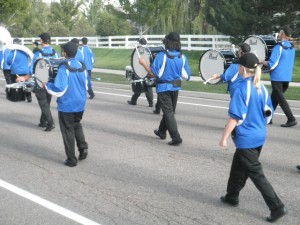 Okay, and then you join the marching band. Which can technically be counted as exercise. Don’t get me wrong. Marching band is totally fun. Football games are the life. I mean, we’re all the “band geeks” so we really know nothing about football. So we just sit around and play little rifts and laugh and talk.

But throw the whole marching thing into the mix. We play at parades too. But how do you march in a contest in formation and get low in the middle of the song? It’s a puzzle, I tell you. A puzzle. My band teacher told me that I could just duck out when I needed to, and I’m not saying that I’m against the idea, but that it’s sort of awkward to playing our school’s fight song and then to duck out of the group when we’re all in formation.I will totally duck out if I need to, but it’s still weird. I still have a bag of Smarties in the pocket of my uniform. But I haven’t been low yet, which is a good thing.

Luckily, just now we’re only doing basketball games right now and no marching, so I wont have to worry about this until next school year, when we start marching again.