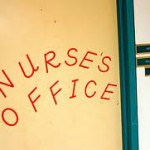 Come all ye diabetics and lament about blood sugars…

I love the nurse at my high school. She is so awesome and hip and cool. At my old middle school I didn’t really like the nurse, but here she’s awesome. So the other day I’d been having high blood sugars for pretty much the whole day so finally I just went down to the nurse so I could change my site because I figured it was a bad site. But when I got there I didn’t have any insulin so I had to call my dad so he could bring me insulin. I had all of the other supplies. Anyway. So I sat in the nurse’s office while I was waiting for my dad. 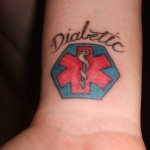 And then this kid named Noah came in. He was a diabetic and he was something like over 400 mg/dl. So we were sitting there and talking and lamenting about other nurses that we’ve had that we didn’t like and about insulin pumps and about medical IDs and about tattoos that serve as medical IDs (look them up). And we were talking about iPumps (don’t you think that would be totally wicked? It could count your carbs and test your blood sugar and be your pump AND be your phone, iPod, etc…). It was totally so much fun even though we were just so totally high. And being high is never fun except on that day it was because we could complain to each other and talk about things that nobody else would ever get. Just hanging out with diabetics is fun in general but it was even better this time because we were both high.

And then my dad came and he gave me my insulin and then he left and I gave myself a new site. Blah blah blah.

AND THEN a girl named Nicole came in and she just happened to be a diabetic and she just happened to be high. Join the club, sista. I swear, that’s the best time I’ve ever had in the nurse’s office, and I mean that quite literally. Three diabetics were high at the same time and lamenting about high blood sugars and were in the nurse’s office at the same time. IT WAS SO COOL!

So, a message to all you diabetics who are still in elementary, middle, or high school. Go to the nurse’s office when all the other diabetics in your school are high. It’s fun.