Thanks to my brother. 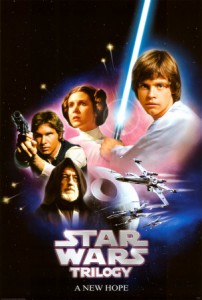 I am slowly becoming re-obsessed with Star Wars. Me included, but especially my brother. So naturally, the three of us siblings (Claire, Ben and Paige) were talking about Star Wars while washing the dishes.

I honestly don’t know how we got talking about blogging, but I’m almost positive that it involved my brother and sister making fun of me because I blog. They think it’s stupid because there isn’t any money involved.

But then Ben was all like, “Hey, it would be funny if it was Star Wars and Diabetes. Like, may the needles be with you.”

I thought that that was hilarious. And it is. And now I have a new catch phrase.

To all diabetics: May the needles be with you!!