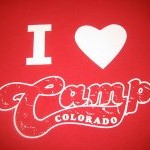 The first time I went to a summer camp was three months after I was diagnosed with diabetes. And it wasn’t just any summer camp. It was the American Diabetes Association’s Camp Colorado.

I’ve only been to one diabetes camp, so I don’t know how this relates to other camps. Eagle Lake Camp has ten different weeks that you can go to. During Week 5, the American Diabetes Association comes in and pretty much takes over. During Week 5, all the campers are diabetic.

It’s pretty cool. When the American Diabetes Association “takes over”, they bring in a bunch of doctors and med staff and stuff to take care of all of us diabetics. One or two med staff are assigned to every cabin, and the doctors help lower your basal rates and carb ratios for meals because people tend to go low with all the exercise.

Okay. That was pretty technical. I’ll bet that you’re still wondering why you should go to diabetes camp. And the answer’s a pretty simple one. When you go to a diabetes camp, everyone surrounding you either has diabetes, or knows a ton about it. In any other camp, I have to explain to all of the other campers about what diabetes is and why I have to bleed during every meal. At Camp Colorado, there’s none of that. Everyone knows exactly what I have and how to take care of it. We all become automatic friends just because of that little similarity. During dinner there’s no explaining what a pump is.

And that isn’t all of the answer either. When you have diabetes, you’re pretty much a story collector as well. However, the stories aren’t relevant to anyone except those who have diabetes. So diabetes camp is the perfect way to share your stories! Weeks before diabetes camp starts I’m already reviewing what stories to share. You’ve got a bunch of people who actually want to hear what you’ve got to say about needles or going low at two in the morning.

But it isn’t all about the stories, and being around other people with diabetes. At diabetes camp, it’s a great time to learn how to manage your diabetes better. For example, I wasn’t sure how to wear a pump with a dress. So when I went to diabetes camp I asked around and now I wear shorts under my dresses so I have something to put my pump on. I would have never thought of that myself!

Okay, time to take a breather. I feel like I’ve just dumped a load on who ever reads this, but take my advise, and go to a diabetes camp! They’re awesome! You make new friends! You have fun! You learn more about diabetes! Go sign up now!